When Petr Popelka and the orchestra musicians met for rehearsals and then performed a concert at the Rudolfinum, the sparks were so spontaneous and strong, that discussions about further collaborations began immediately. The outcome was an agreement to appoint Petr Popelka as the new Chief Conductor and Artistic Director of the Prague Radio Symphony Orchestra starting with the 2022/23 season. The position of Principal Guest Conductor was offered to another welcome partner: Robert Jindra. The management of Prague Radio Symphony Orchestra believes both conductors will help the ensemble to continue its growth in an all-round inspirational atmosphere.

“Petr Popelka’s conducting career is skyrocketing, a career that, much to our delight, began some time ago at the Prague Radio Symphony Orchestra, when of course he was a new member of the orchestra. I consider this coupling of two different worlds to be a great advantage, one that will help Petr Popelka lead the orchestra to greater heights. His experience with renowned orchestras and his collaboration with Norwegian Public Radio and its symphony orchestra are noteworthy and welcome. I am looking forward to top-notch concerts and recordings that will result under Petr’s leadership,” said René Zavoral, Director General of Czech Radio.

“Seeing and hearing the Orchestra in the Rudolfinum with Petr Popelka leading the ensemble early this year was one of the strongest musical experiences I’ve experienced in a long time, an experience which did much to assuage the hardships of the pandemic. The energy that Petr transferred to the orchestra members was incredible. He is hugely talented, musical and inspirational. It will be a joy for all of us to work with such a musical persona. We are looking forward to this partnership very much!” added Jakub Čížek, Orchestra Director. 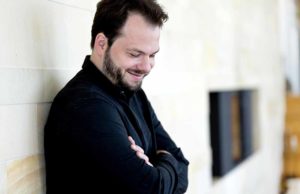 More words of recognition and superlatives about Petr Popelka will soon be heard in the Czech Republic. The 35-year-old artist is already attracting a lot of attention in the musical world. In the 2019/20 season, he was the first ever “Conductor Fellow” of the NDR Elbphilharmonie Orchester in Hamburg, where he assisted Chief Conductor Alan Gilbert. As of this season, Petr Popelka is Chief Conductor of the Norwegian Radio Orchestra in Oslo and the Principal Guest Conductor of the Janáček Philharmonic Orchestra in Ostrava. He also works with renowned ensembles (e.g., Sächsische Staatskapelle Dresden and Wiener Symphoniker) and at major opera houses (e.g., Semperoper in Dresden and the National Theatre in Prague). In the 2021/22 season, he will return to the NDR Elbphilharmonie Orchester in Hamburg, Danish National Symphony Orchestra and Bergen Philharmonic Orchestra, and will make his debut with ensembles such as the Deutsche Radio Philharmonie, Staatskapelle Weimar, Mozarteumorchester Salzburg and Orchestre de Chambre de Lausanne.

The future Chief Conductor about his appointment: “It is a great pleasure and honour for me to take over the position of Principal Conductor and Artistic Director of this outstanding orchestra. For me, it is also a return to the very orchestra of my hometown, in which I began my professional musical career at the age of 19 as a double bass player. In addition to the large symphonic repertoire, I will lay a focus on works from the 20th and 21st centuries.” 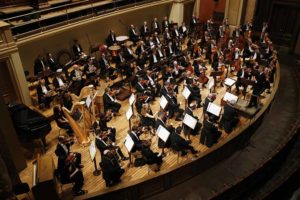 His experience as an orchestra member, his wholly musical soul and, last but not least, his natural desire for respectful communication among people amplify Petr Popelka’s need for democratic collaboration. He is no autocratic conductor at all! Of all the positive receptions heard from the members of the Prague Radio Symphony Orchestra after the mentioned January 8 concert (Albert Roussel: Concert for Small Orchestra, Bohuslav Martinů: Violin Concerto No. 1 with Josef Špaček, Nikolai Rimsky-Korsakov: Scheherazade), we bring you the words of Veronika Malinjak, who heads the bass section: “My strongest and most inspiring experience at the Prague Radio Symphony Orchestra was encountering my former classmate from Professor Jiří Valenta‘s double-bass class, Petr Popelka, who, however, was standing on the rostrum this time round. In the fifteen years that we have not seen each other, he has become a world-class conductor. I am extremely looking forward to every opportunity of working with him!”

Conductor Robert Jindra has worked with the Prague Radio Symphony Orchestra before on opera, operetta and symphony projects. In February 2020, he, for example, presented an outstanding French-Czech programme highlighting the works of d’Indy, Kaprálová and Franck. A year later, he streamed a concert that showcased compositions by Sibelius, Fauré and Tchaikovsky. His appearance, musicality, knowledge and enthusiasm have repeatedly earned him respect, and his concerts have received great accolades.

Robert Jindra about his appointment: “The collaboration with the Prague Radio Symphony Orchestra has always been very inspiring for me so far, it took place in a joyful creative atmosphere, with mutual respect. Therefore, I was really pleased and gladly accepted the offer of closer collaboration. I firmly believe that together we will be able to realize many interesting projects that this excellent orchestra will artistically take even further, enriching not only our listeners but also ourselves. I am really proud to be an artistic part of this ensemble together with the newly appointed Chief Conductor Petr Popelka”. 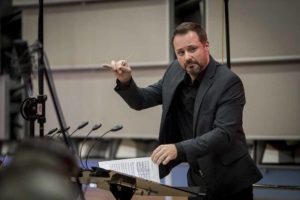 Robert Jindra has been with the National Theatre in Prague since 2001. From February 2010 to November 2014, he was Musical Director of the Opera of the National Moravian-Silesian Theatre in Ostrava. He has collaborated with Deutsche Oper am Rhein in Düsseldorf/Duisburg and conducted the Norwegian Opera in Oslo and the Slovak National Theatre in Bratislava. He appears regularly at major festivals, such as Prague Spring, Smetana’s Litomyšl, Janáček Festival Ostrava. Exceptional soloists he has worked with include: Olga Peretyatko, Eva Urbanová, Adriana Kučerová, Adam Plachetka, Ferruccio Furlanetto, Peter Mikuláš, Pavol Breslik, Pavel Černoch, Štefan Margita and Štefan Kocán. Since the 2018/2019 season, Robert Jindra has been First Kapellmeister at Aalto Musiktheater und Philharmonie Essen. In September 2021, he will assume the position of Chief Conductor at the Slovak State Philharmonic Košice and in September 2022 Musical Director of the Opera of the Prague National Theatre.